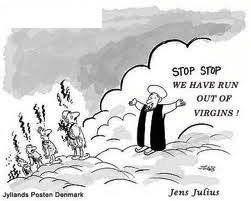 I had met Minister for Minority Affairs Shahbaz Bhatti just a couple of months ago at a dinner party hosted by the Brazilian ambassador. He did not wear the airs of a minister or a VIP, was extremely personable and friendly to talk to. When I asked him about what was happening on the blasphemy law, and whether President Asif Zardari was doing anything about it, his answer was that though the president wanted to bring the change, he was surrounded by people in his party who would not let him do it. In fact, almost a year ago, the president had invited a few civil society members and told them to keep reminding him about bringing the much-needed change in the controversial blasphemy law and improving relations with India.
Unfortunately, now it appears as though he won’t be able to fulfil any of those wishes. The death of two senior members of the government, Salman Taseer followed by Bhatti, would push Zardari further into hiding. Perhaps his insistence to the civil society to keep the pressure on him was meant to create a counter-balance to the hyper-conservative elements in his party. He wanted to show them that there was sufficient demand from the liberal civil society in the country to consider a review of the blasphemy law, which was made and implemented under General Zia-ul-Haq’s rule.
One wonders if the president realised then that Pakistan’s liberal civil society is composed of a handful of people, and is getting smaller by the day. Not too long ago, Senator Farid Paracha of the Jamaat-e-Islami had challenged a liberal Pervez Hoodbhoy on television and told him that the religious right knows exactly who this handful of liberals are. And the religious zealots are now taking the liberals down, one by one. So, if you are a liberal, better write your own obituary and keep it close for the moment when your turn comes.
Why can’t civil society fight these militant forces? There are several explanations. First, the liberal sections of society have always remained confused between social, cultural and political liberalism. Therefore, liberal poets like Fahmida Riaz, who remained in self-exile in India under Zia’s regime, consider Pervez Musharraf’s government liberal and representative of middle-class values. But does she even know that the bulk of the middle class is conservative, and many of them aid and abet jihadis and fund madarsas? She probably doesn’t even realise that her middle-class hero Musharraf had actively partnered with the jihadis while holding his glass of whiskey in the other hand.
Second, this socially liberal civil society remains confined to upper and upper-middle classes that cannot fathom the socio-political growth of the rest of Pakistan. One wonders when the liberal elite interacted with real Pakistan. They seem surprised that the heroes of middle-class urban Pakistan are people like Faisal Shahzad, Aafia Siddiqui and Mumtaz Qadri. As for the lower-class Pakistani, he/she cannot afford God, like the poor in other parts of the world. No effort was ever made to liberate the lower classes socially and politically.
Third, a shift in the trajectory of the Muslim elite at the time of Partition. Having made a country in the name of religion, the elite then abandoned the religious discourse to the mullah with whom they had an understanding, so that religion and religious slogans could be borrowed from time to time to gain legitimacy. More then 60 years after, the liberal elite has no control over the religious discourse.
At this juncture, Pakistan represents a fairly slow Iranian model. What must be watched is the bridge-building between the Deobandis, the Ahl-Hadith and the Barelvis. This may translate in the medium- to long-term into creating a hybrid-moderate-theocracy. The word “moderate” implies the presence of some liberal elements that are needed to engage with the rest of the world. But in the longer term, it could push further towards a fully theocratic state.
Lest we forget, the brutal murders of Taseer and Bhatti indicate the coming of age of Zia’s children. The bulk of educated civil society, including the media and lawyers, are tilted towards the ideological right. The judiciary is known to free murderers like the head of Lashkar-e-Jhangvi and other jihadi organisations because the police cannot provide evidence to convict them. In such a situation, all we need to do is begin counting the bodies. It is two gone and twenty more to go.

Posted by Ayesha Siddiqa at 9:29 PM