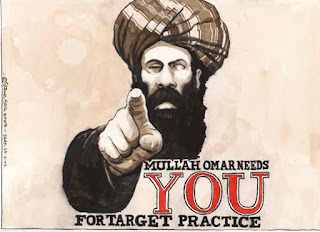 In his last article on Lal Masjid renowned physicist and Columnist Pervez Hoodhbhoy seemed upset over Chief Justice of Supreme Court’s instructions to the Islamabad administration to expedite work on restoration of the madrassa Hafsa, a seminary attached with the notorious Lal masjid. The consternation was caused due to the memory of how the Lal masjid leadership had held peace and quite of the capital and indeed the stability of the country hostage in 2007. The entire world watched the gun battle between the army and the Lal masjid brigade, the casualties of which remain a secret. Hearing the interview of Umme Hassan, the wife of Maulana Abdul Aziz, it is clear that the masjid was being used for more than praying (http://www.youtube.com/watch?v=eDhovtARSFM). Some may even argue that jihadis were collected from all over the country in self-defense but then does any civil servant, which is legally the status of the khateeb of any government mosque, have the right to take up arms against the state and get away with murder? A friend’s father, a retired bureaucrat, recently asked me how come he was constantly under the threat of being reprimanded while the Ghazi brothers, who were also government employees challenged the state violently and have continued to survive?
But why blame the CJ when all he may be doing is follow the law. How can he punish Maulana Abdul Aziz when there was actually no evidence or case brought against him by the very government that launched the military operation to clear the mosque of violent miscreants? The fact of the matter is that while Umme Hassan and the entire Hafsa crew talk about hundreds of deaths of innocent young girls and boys, the army which launched the operation did not bring forward any case for the killing of its over a dozen innocent soldiers. Ultimately, the Chinese worker who was harassed by the Hafsa-Lal masjid brigade registered the only police case. Perhaps, a suo moto action may help probe why the then DG ISI chose not to pursue the case, or was it due to the friction between the MI, which was handling the operation, and the ISI? They say law is blind so minus an FIR and supporting evidence the Lal masjid clerics appear innocent to the Supreme Court. For those that argue that the judges must create enabling environment for presentation of evidence, this can only be done in cases where the sovereignty of the state is threatened such as in the memogate case.
Reminiscing about the military operation in 2007 perhaps there was never any real friction between the Lal masjid clerics and the state. Subsequently, Maulana Abdul Aziz was accommodated by the present government using the good offices of the real estate tycoon Malik Riaz, who not only rebuilt the mosque with his Rs 15 million, but also provided shelter to madrassa Hafsa that was relocated to Bahria Town Rawalpindi, and also assisted over 30 madrassas in and around Islamabad which were linked with the Lal masjid clerics. The Hafsa girls, who were initially fired up, restless and behaved a bit like wild horse sometimes breaking up things in their new abode in Rawalpindi, were calmed down. Even the maulana sahib turned gentler as he had to deal with a female project director, who was designated by Malik Riaz as the point person for the Lal masjid reconstruction project and making payments to the cleric. The maulana may not be eager to see women but he was surely most unassuming around the project director who was a fairly moderate trouser wearing (as opposed to hijab wearing) Muslim woman. Or may be Maulana Abdul Aziz was always like that and could have been calmed down using other means even before the conflict started in 2007. After all, how can one forget that Abdul Aziz’s father followed by his brother Abdul Rasheed Ghazi and he himself worked as state’s assets?
There are so many questions that remain unanswered about the Lal masjid and its operation. For instance, why didn’t anyone think of harnessing the maulanas Malik Riaz and Rehman Malik style? Surely, the armed escort from the ministry of Interior, which is provided to Abdul Aziz today, could also be provided then. Or why weren’t the brothers and their team relocated to Rawalpindi or even further? More important, if the Maulana is being rehabilitated in the same place then was the blood of innocent soldiers and civilians spilt for nothing?


And until we get the answers one can only advise Prof Hoodhbhoy to change his route – see no evil, hear no evil.
Posted by Ayesha Siddiqa at 2:50 PM