Mapping the establishment – by Ayesha Siddiqa 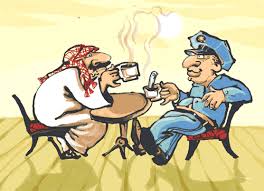