The original version of what couldn't get printed in Express Tribune - Why shouldn't Christians be Killed? 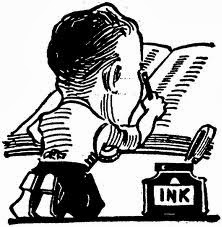 Someone called me recently insisting that now there will be action in North Waziristan against the Taliban. His point was that the killing of over 80 Christians in Peshawar would shake us into action. I quickly reminded him of what a rather intelligent nephew told me on recently about not taking such outpour of sympathy too seriously because it doesn’t eventually amount to anything. We sympathized with the Hazaras but didn’t ensure any concrete outcomes for their protection. We cry for the Baluch in conference rooms and think the job is done. The young man mentioned above reminded me that we are the kind of people who will cry over dead Hazara, Baluch, Christian, Ahmediya and others not for the sake of humanity but out of fear that we might be next. Sadly, even this episode of brutality will not go beyond producing some Coke Studio version of Faiz or Jalib.  The debate is likely to degenerate into a nonsensical debate labeled as liberal versus conservative verbal contest. The generals will just sit and wait for extensions and appointments. They want civilian leadership to take the blame but will not take any action themselves.
The jihadi mafia is such lucky folks because they understand that a divided population, which does not even have clarity on holding someone responsible for these attacks, will not have the will to retaliate. There are many like Imran Khan who think the Taliban are not responsible for the attack in Peshawar. Indeed, the Hakimullah Mehsud group very intelligently distanced itself from the attack. So, now we will hold everyone responsible from CIA, Raw and Mossad to Charlie’s aunt and not look inside.
Why forget that we ourselves are responsible for the attack on these poor Christians? The bias against this community is inbuilt into our psyche. There are many a people who wouldn’t share the same plate or glass with Christians. The whole drama of Asiya bibi is that she tried to drink water from the same well as Muslims. The majority of Pakistan’s Christians belong to the lowest socioeconomic class and they continue to remain there and treated the same way as they were before their forefathers converted to Christianity to escape maltreatment. Recently, one of Punjab CM’s favorite police officer taunted the Christian community and told them that the photographs of what they had done should be sent to ‘all their embassies’. This was after a fight between police and some Christian boys in which both parties had beaten each other. The police was then sent in full force to pick the culprits up from the slums. They would break open doors of houses with a cry of Allah-o-Akbar.
How can we forget that this is not the first attack against Christians and their Churches? There were two attacks in 2001 as well – one in Bahawalpur and another in the diplomatic enclave in Islamabad. For those arguing that those attacks were in reaction to American attack on Afghanistan after 9/11, why target the poor Christians of Pakistan who have nothing to do with the US? It were the poor Christians in the Bahawalpur Church, who cannot even dream of going to the West, who were killed in an attack carried out by Jaishe Mohammad (JeM) which is also stationed in the same city.
For those, who will argue that nothing has ever happened against Christians since 2002 until now and so this must be a provocation from outside, how can they not see the deep ideological messaging and propaganda ridden with bias against these people? Be it the takfiris, who even advocate killing Muslims that don’t support the cause, or the other kind that believe in killing more strategically, they share a common ideology. Glance through the magnum opus of the JeM leader explaining jihad according to the Koran, and you will see how a jihadi or Taliban will be inspired to kill a Christian. The entire interpretation of surah Baqarah, which is the second and the longest chapter in the Koran, puts the Jews and Christians on the same level as the hypocrites and the non-believers. The 2000 pages book carefully builds a thesis which extols the importance of jihad and martyrdom. But this is one aspect. The other is constructing a thesis against non-believers, Jews and Christians. It very carefully explains and interprets, for example verse 109 of Chapter 2, that the reference in the koranic verse to Jews includes Christians as well.  The detailed explanation of verse 114 of the same chapter reminds the reader of how Christians had depopulated the mosques in Spain. On several occasions in the book it is also pointed out that de-populating a mosque is one of the greatest sins that must be rewarded with death.
The book is fascinating in how it systematically converts the reference to the notion of struggle in the Koran to jihad. But more important, it constructs a formidable thesis against people of the other two sematic religions who were traditionally always considered as part of the same family. Reportedly, Masood Azhar’s work reflects a similar thesis by a Salafi scholar in a Saudi university in Riyadh.

Azhar’s Fathul Jawwad is one of the fundamental readings for those being converted to the idea of jihad. There may be different Deobandi groups; even Taliban are Deobandi, but they
share the literature especially there are more fighters but less ideologues who can create the ideology considered necessary to rally support from around them. Some analysts would make
you believe that groups like Jandullah may be responsible for such an act and not the TTP which is in talks with the government. But whoever takes responsibility does not matter
because ultimately this is the literature they are groomed on which is produced by the state sponsored jihadis.

Even if we were to imagine that the murder of over 80 innocent Christians including women and children may be the work of some foreign agency, how can we rule out the critical role that
this kind of literature would have played in convincing the person who actually blew him/herself up? Perhaps, the killer might also have read the explanation given for verse 190
that it is fair and legal to kill women who take part in fight including instigating against Muslim. Children are just collateral damage.

Surely, the killers and many more see these women and children only from that lens. And still we call these jihadis friendly Taliban.
Posted by Ayesha Siddiqa at 10:52 PM